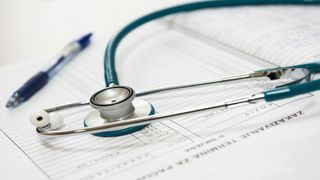 The UK government has defended the NHS's cyber-security procedures, days after a number of trusts were taken offline by the WannaCry ransomware.

Security minister Ben Wallace said that the NHS had followed "pretty good procedures" in dealing with the attack.

The news came as health minister Jeremy Hunt confirmed that there had been no dreaded 'second wave' of attacks following the initial assault last Friday.

Speaking to BBC Breakfast, Mr Wallace said that IT staff had worked around the clock over the weekend to patch security systems and restore files at NHS trusts across the country.

He highlighted that the government had invested £50 million in supporting NHS IT networks during its last strategic defence and security review, and insisted that individual trusts were well-equipped to ensure they could protect themselves against cyber-attack.

"We make sure the trusts are aware of their vulnerabilities and ask them to make sure they keep themselves up to date. What we don't do in our NHS is micromanage it from the desk," he said.

Medical staff across the UK breathed a sigh of relief this morning after a dreaded second wave of follow-up attacks failed to materialise.

In a statement, Mr Hunt stated that all organisations should do more to protect themselves from the increasing danger of cyber attacks.

"Although we have never seen anything on this scale when it comes to ransomware attacks, they are relatively common and there are things that you can do, that everyone can do, all of us can do, to protect ourselves against them," he said.

"These are things that we can all do to reduce the risk of the impact that we've seen over the last 48 hours."