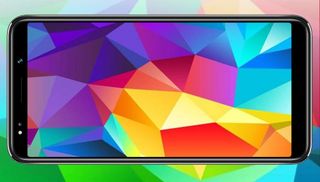 At under $60, this is certainly the most affordable smartphone with 4GB RAM that money can buy. The Global 9T Pro is available from Aliexpress for a mere $56.56, a shocking price tag that includes free delivery to most countries. We wouldn’t advise anyone to buy it though for a few reasons (other than the fact that its vendor has less than 100 feedbacks).

It is powered by an entry level quad-core CPU from Mediatek, the MT6580, a 3G model. Yet somehow, this phone is supposed to be a 4G one and it claims to support Bluetooth 5.0, which is highly unlikely. The rest of the specs barely make it into entry level territory.

A rear 13-megapixel camera, a 5-megapixel front facing one, a 5.5-inch HD+ touchscreen, support for two SIM cards, a microUSB port, facial recognition and a removable 3000mAh battery. Save yourself from commiseration and move on to something else.

For $8 extra, the Leagoo T8S is a better deal. The Chinese phone vendor is a known quantity and has more than 100,000 positive feedback on Aliexpress. The phone itself is a much better designed one with a Sharp-sourced 5.5-inch full HD display, a fingerprint scanner, an 8-core CPU, true 4G with dual SIM standby mode, two rear camera sensors (one by Sony) and a 3050mAh battery

The phone comes with 4GB RAM and 32GB onboard storage which can be increased via a microSD card slot which can be used simultaneously with two SIM cards.