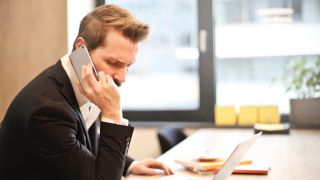 HM Revenue and Customs analysed and stored the voices of millions of taxpayers without consent according to the civil liberties and privacy group Big Brother Watch.

The group says that HMRC's Voice ID system has collected 5.1m unique audio signatures with the intent of creating “biometric ID cards by the back door”.

The Information Commissioner's Office (ICO) says that it is following up on complaints regarding the service though HMRC assures that the data it collects is stored securely. The government department also emphasised that callers could opt out of using Voice ID.

The Voice ID scheme that launched last year allows citizens to register using their voice by saying the phrase “my voice is my password”. Once they have done so, citizens can use the phrase to confirm their identity when managing their taxes via telephone.

HMRC says that the Voice ID system has helped speed up security procedures and has made it easier for Brits to access its digital services.

Big Brother Watch is of a different opinion and the group believes that taxpayers were being “railroaded into a mass ID scheme” without the choice to opt out.

The organisation's director, Silkie Carlo spoke out against HMRC's Voice ID system in a statement, saying:

“Taxpayers are being railroaded into a mass ID scheme that is incredibly disturbing. The tax man is building Big Brother Britain by imposing biometric ID cards on the public by the back door. The rapid growth of the British database state is alarming. These voice IDs could allow ordinary citizens to be identified by government agencies across other areas of their private lives. HMRC should delete the 5 million voiceprints they’ve taken in this shady scheme, observe the law and show greater respect to the public.

People working within the HMRC also revealed to the BBC that identifying details are stored separately from the voice recordings.