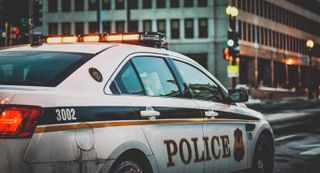 Between March 2010 and March 2018, the number of police officers in England and Wales has fallen by over 20,000 to 122,000 full time equivalent officers this year - the lowest recorded level since the early 1980s. Meanwhile, crime statistics revealed in July this year showed an 11 per cent increase in criminal offences compared to 2017.

Drilling further into those figures, crimes involving knives or sharp instruments increased by 16 per cent, while murders and manslaughter rose by 12 per cent, the fourth consecutive yearly increase. The number of recorded robberies increased by 30 per cent and vehicle theft by 17 per cent.

Despite these bleak figures, we know budgets are decreasing and there are 16 per cent fewer ‘frontline’ officers than there were eight years ago.

Enter the people and technology that are fast becoming the new face of local policing.

Bob on the beat

Demand has never been higher for private security companies to fill the shortfall in protection as a result of police cuts, with towns up and down the country calling on guards to help curb this upward criminal spike.

And thanks to innovative technology, they are now able to source and dispatch quickly, 24/7.

Often, the police are called upon urgently and where there is no resource available, the result could be disastrous. While security personnel are increasingly fulfilling that resourcing role, accessing qualified and verified guards instantly remains a major issue for community policing.

Questions such as ‘who is available, do they have experience and what are their credentials…?’ remain a substantial barrier to recruiting when an SOS call comes in or an event requires additional personnel.

Technology is changing that dilemma, with AI and machine learning enabling police chiefs to find the best security personnel based on their behavioural traits, driving significant efficiencies and creating unprecedented value for an incredibly overstretched public service.

AI – a force to be reckoned with

These can be used for tasks such as interview scheduling, facial recognition, candidate screening and communication.

Using AI, machine learning, gamification and apps, police forces are gaining instant access to verified and certified security personnel, literally, at the push of a button.

AI is analysing data quickly and accurately, learning behaviours and identifying trends meaning security guards can be matched in seconds to a force that needs a temporary role filling, based on their experience, location, past work ethics and reliability.

For the force, this significantly reduces compliance issues and improves speed of deployment to unprecedented levels.

Stand down, stand by

A major part of police budgets is lost on officers ‘on standby’ or ‘on call’ because historically, there has been no access to suitably trained guards who can work ‘on demand’. These disruptive technologies have the capacity to remove these barriers completely and empower police forces to focus on governing the requirements of situations rather than staffing and recruiting.

In South Africa, privatisation has meant this has already happened and is proving successful.

Gamification is enabling police forces to reduce the amount of time they spend on administrative, back office tasks, meaning they can put their increasingly limited budgets to much more effective use.

It can speed up the recruitment process, testing skills such as accuracy, time management, creative thinking and logic.

Scheduling can ensure events that require policing are not over-staffed and can therefore, reduce the associated costs that can often run into thousands of pounds.

It is also providing much more workforce transparency; police chiefs can see in an instant when security officers have excelled, those who are identified as ‘elite’ and where guards have particular experience, significantly reducing the burden on the force while encouraging positive behaviour among the private security market.

For critically urgent jobs, police chiefs can also use gamification to set specific pay rates to ensure they attract the most suitably qualified, on-demand staff available.

Many security officers use their mobile device to find work but police forces can take this one step further by managing the on-demand employment process via a personalised app – including timesheet management and payroll systems. Apps can discreetly send push notifications that match their profile, enable messaging, and offer urgent vacancies when time is tight or for out of hours requests.

Ensuring security personnel have relevant and up-to-date training is critical for any police force that uses them to supplement their frontline policing activities. But checking compliance and even delivering the training can become another large burden on an already overworked unit.

Intuitive technology platforms have the ability, not only to verify and vet personnel for relevant training, but to also deliver that training online.

This is particularly important when you consider Project Griffin, the national counter terrorism awareness initiative that aims to protect our cities and communities from the threat of terrorism. Working with specific training partners, platforms such as Broadstone can deliver the level of training required to upskill existing security personnel and provide frontline staff with the knowledge and skills required to make Project Griffin, and other similar campaigns, a success.

Collaborative technology that unites police forces with on-demand security personnel will become an established feature of modern policing. The ability of AI and machine learning to match available, verified and certified security officers instantly to the demands of community police forces will become a honing beacon with a predetermined set of rules comparable to the Facebook ‘I’m Safe’ check-in facility.

These rules can be altered depending on the needs of the police forces. For example, if an urgent need arises for a specific set of skills, police chiefs can use AI to find a suitable candidate and send an instant notification to a particular security officer’s employer to request that individual attends immediately.

Calling upon security officers to supplement and increase the capabilities of police forces is not a new concept. However, technology is creating a streamlined, instant matching process, reducing the administrative burden on the police and empowering them to focus their efforts on delivering frontline and higher value activities.

While ‘bobby on the beat’ has become a distant memory for many, ‘bob on the beat’ will become the norm – a vetted and verified security officer who will act as the much needed deterrent Britain’s streets have lacked in recent years.