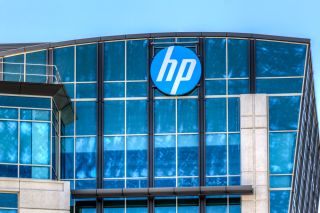 The solution handles the computer's BIOS, and makes sure no tampering can occur on that microlevel, whatsoever. From the company's press release: “HP Sure Start Gen3 will help prevent such attacks by automatically detecting tampering attempts with the BIOS (both in pre-boot and run-time), notifying the user of a problem and restoring the BIOS to its original pristine condition from a copy stored on a dedicated computer chip. In that sense, it’s self-healing.” HP also says this solution works great with Windows 10, as it also protects the data governing BIOS configuration and policy.

“If the BIOS is tampered with, Sure Start Gen3 will not only restore it, but also recover any custom setting and policies handed down by IT. In this way, Sure Start Gen3 makes Windows 10 even more secure for the enterprise.” HP isn’t stopping there, though. It also announced a new authentication tool – the HP Multi-Factor Authenticate.

“The technology enables hardened, multiple-factor authentication and policies, which exponentially increases the difficulty of hacking because it takes advantage of a combination of credentials. In fact, it makes your log-in a million times more secure, which is important because hacked passwords continue to be a major risk for companies,” the press release reads.

HP’s new displays are also now coming with a cover for the camera, ideal for all those fearing they might be spied upon.