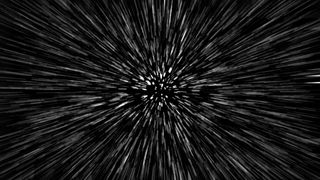 The computers the human race currently work with aren't built for space, and can't last long in off-planet environments. Astronauts aboard the ISS need new machines every month, as the old ones get destroyed by various factors that don't exist on Earth, like solar flares, radiation, subatomic particles, and irregular cooling.

Considering that SpaceX is currently preparing for a mission to Mars, it is paramount that the astronauts that eventually head out there have durable, working machines.

Now, HP has announced it is working with NASA to create such a computer. The  HPE Apollo Spacebourne Computer is going to be lifted into space today, on board the SpaceX-12 rocket. It's a “high performance commercial off-the-shelf (COTS) computer system”. It was ruggedised to withstand the harsh environments of space but not from the hardware side – which is the usual approach – but from the software side instead.

It passed 146 safety tests and certifications before NASA cleared it for space.

“The Spaceborne Computer includes the HPE Apollo 40 class systems with a high speed HPC interconnect running an open-source Linux operating system. Though there are no hardware modifications to these components, we created a unique water-cooled enclosure for the hardware and developed purpose-built system software to address the environmental constraints and reliability requirements of supercomputing in space,” HP said.

“We see the Spaceborne Computer experiment as a fitting extension to our HPE Apollo portfolio, purpose-built for supercomputing. HPE is excited to expand its relationship with NASA, pioneering HPC in space and taking one step closer to the Mission to Mars.”