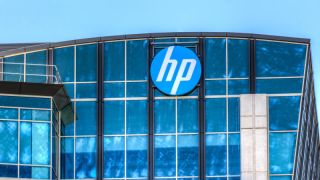 HP is looking to cut costs and boosts sales by laying off thousands of staff.

According to a recent Bloomberg report, anywhere between 7,000 and 9,000 jobs will be cut - equivalent to around sixteen percent of the whole company. Some workers will be immediately let go, others will go into voluntary early retirement.

For HP, this could mean up to $1 billion in saved money, within the next three to four years. Last year, the company had 55,000 employees. HP has also given itself a challenging task in terms of expected profits. While analysts expect $2.23 per share, that’s HP’s lower expectation, as it wants anywhere between $2.22 and $2.32 a share in fiscal 2020.

Before the year ends, HP will also see a change in management. Its long-time CEO, Dion Weisler, is expected to step down on November 1 for private reasons, and will be succeeded by Enrique Lores, who has been an executive at the firm for quite some time now.

“We see ourselves starting a new chapter for HP and we will be announcing bold moves to support that statement,” Lores said in an interview. “We have spent a lot of time building this plan. We can embrace the changes we see happening in the market and that can help us position the company for the future.”