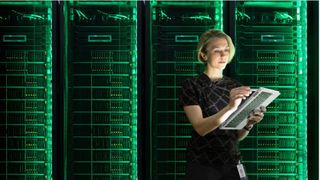 HPE promises 100 per cent availability, as the offering is built for high availability with multi-node design, business continuity with HPE Peer Persistence and data replication.

The new offering should be available in August this year, although we’re still in the dark regarding pricing. You’ll be able to get it under HPE's GreenLake IT-as-a-service model.

The Register claims the platform, although looking fly, is ‘partly based on technology drawn from existing platforms, combining the mission-critical heritage of 3PAR (with some enhancements), Nimble Storage tech, and AI-driven InfoSight.’