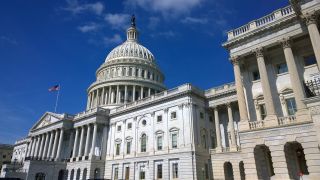 By signing the Defense Authorization Act, President Trump has officially banned Huawei and ZTE's technology from being used by the US government and government contractors.

Back in June, the Senate passed an amendment to reinstate a trade ban on ZTE which would have shut down the company. However, the House did not and it will still unclear as to how both sides would reach a compromise in the matter or if it would be forgotten completely.

In the end though, Congress decided on a measure that will basically ban the US government or anyone working with the government from using components from Huawei, ZTE or several other Chinese communication companies with the ban set to go into effect over the next two years.

The ban applies to components from the two companies that are “essential” or “critical” to the systems they are used in. This means that some less important components can still be used as long as they do not control the flow of data or view it.

The bill will also provide assistance to businesses that have to change their technology as a result of the ban and several government agencies including the FCC have been instructed to prioritise their funding to do just that.

Huawei has already publicly spoken out about the bill which it says will increase costs for both consumers and businesses.

While the two Chinese firms can still theoretically operate within the US, the bill will likely lead to companies working with the government to choose other suppliers instead of Huawei and ZTE.