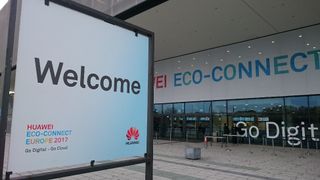 Huawei has revealed plans to boost its presence across Europe with the launch of a range of new mobile products and services for users on the continent.

At its Huawei eco-Connect 2017 event in Berlin this week, the Chinese smartphone maker has revealed it will be launching a number of new services previously only available in China into Europe as it looks to improve its visibility and customer experience.

This includes the European launch of the Huawei AppStore, which will offer "high quality" apps and games with high average ratings, and a new mobile service which can automatically recommend new apps and games for users during the initial "out of the box" set up.

This should prove particularly useful for customers snapping up the company's new Huawei Mate 10 Pro smartphone, set for public launch next month.

The company is also looking to help customers boost the personalisation of their device with the launch of the Huawei Themes Store, which will offer a range of customisation options, and the Huawei Video Service, which will provide a "broad catalogue" of films and TV series, optimised for a mobile viewing experience - with no adverts.

Already the world's third-biggest smartphone vendor, behind Apple and Samsung, the Chinese giant is looking to the tales of the legendary Silk Road trading network, which took spices and other luxuries to Europe from the East, as inspiration for its new expansion.

"With this strong customer base we are determined to extend the legacy of the Silk Road into the digital age. We will do this by growing the European market together with partners, collaborating on AI and content first as well as extending our global reach.