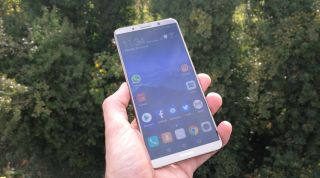 Huawei's plans to sell its smartphones in the US have apparently collapsed after a second major operator pulled out of a reported deal to begin distribution.

Following AT&T's decision to drop a reported deal to sell the Chinese company's flagship Huawei Mate 10 Pro device in its stores across the US, fellow operator Verizon has now also apparently followed suit.

The reason for the drop-out is not known, but has been reported as being based on political concerns around security and possible espionage in the latest crunch point between US and Chinese technology firms.

According to Reuters, AT&T was pressured to pull out of the deal after 18 members of the US Senate and House intelligence committees signed a letter to regulators expressing concerns about Chinese companies getting involved in US telecoms. The letter notes worries over "Chinese espionage in general, and Huawei's role in that espionage in particular".

Speaking in his CES 2018 keynote speech in Las Vegas, Huawei CEO Richard Yu addressed the claims in a direct and forthright manner. In an apparently unscripted section of the speech under the title "Something I Want to Share", Yu bemoaned the seeming collapse of the deal, noting that the decision would be bad for customers in the US.

"Everybody knows that in the US market that over 90 percent of smartphones are sold by carrier channels,” The Verge reported him as saying. “It’s a big loss for us, and also for carriers, but the more big loss is for consumers, because consumers don’t have the best choice.”