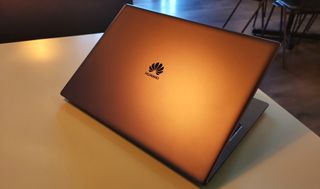 Huawei has again claimed it is not a national security threat to any country in the world, and has almost two decades of proven record to show for it. This is one of the conclusions the company made in a letter it sent to MPs on the Science and Technology select committee, published today.

The letter is actually an answer to a couple of questions sent to the company by the Committee, mainly about its security practices and the allegations of Huawei cooperating with the Chinese government on spying.

Huawei offers a couple of arguments of its clean slate – one being almost 20 years of legal business all over the world. Another one is having Mr. John Suffolk (former Chief Information Officer of Her Majesty's Government) serving as the company's Chief Information Security and Privacy Officer since 2011.

Another argument is the establishment of a Cyber Security Verification Lab, “which works independently from other business operations within the company.”

This lab “conducts independent security testing on Huawei products, and provides customers with verification reports that fully detail the quality and security capabilities of Huawei’s products”.

It also argues that, despite all the rage in the media, the west hasn’t exactly blocked Huawei. “Canada has not taken any restrictive measures against Huawei products, New Zealand government turned down a single 5G proposal, but the regulatory process is still ongoing, Australia has raised extra requirements for the supply of 5G products, but Huawei remains a major network equipment provider in the country”, it says. “Even in the US, existing legislation only restricts the use of federal funds to buy our networking hardware and services, there are no legislative restrictions on Huawei’s business activities,” it adds.

At the same time, Reuters reports that Italy is getting ready to ban Huawei from playing a role in the rollout of the nation’s 5G infrastructure, citing local media.

Allegedly, there’s been ‘strong pressure’ from the US.