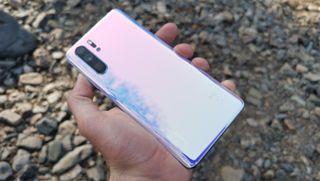 Huawei is bracing itself for impact as the effects of its US ban look to kick in on its financial results.

A month after the Trump administration forbade US firms from doing business with it, Huawei expects overseas sales of its smartphones to plummet. It is expecting anywhere between 40 and 60 per cent of its international sales, which amounts to roughly 60 million devices.

Things are looking so grim that Huawei is actually considering pulling its latest flagship model, the Honor 20, from international sales, if it doesn't sell well, TechCrunch reports.

Instead, the Chinese telecoms giant will turn towards its domestic market to make ends meet, the report says, setting it against the likes of Oppo and Vivo, even though they may not yet be considered serious contenders to the throne.

Analysts are saying Huawei will need to spend more on international marketing as well as expanding its distribution channels.

So, where did it all go wrong? US president Donald Trump signed an executive order last month, which placed the Chinese company on a sort of blacklist. That means US companies aren't allowed to do business with Huawei any more, and many complied. That includes Google, which essentially pulled the plug on Android. Word on the street is that Huawei is either going to use its own operating system, or it may use Sailfish OS.

But problems are not just on the software side. ARM has also cut ties with Huawei, which made it extra difficult (and extra expensive) to build mobile chips, too. Huawei is looking at an uphill battle, and we'll have to see if the CEO's words, that all of this will slow Huawei's growth 'only slightly' are true.