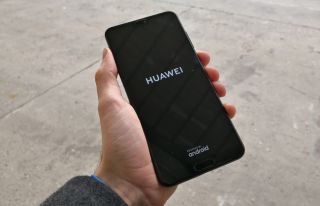 Huawei has reached another major landmark with the news that it has overtaken Apple to become the world's second-largest smartphone maker.

The Chinese manufacturer toppled Apple during the last quarter to rank behind only Samsung in terms of the number of devices sold worldwide, according to a series of analyst reports released today.

According to IDC, the last quarter saw 54.2 million Huawei units shipped across the world, meaning the firm moved into second position with a record high market share of 15.8 per cent - ahead of Apple on 12.1 per cent.

Other figures from IHS Markit claimed 54.2 million units shipped by Huawei for a 15.7 per cent share, ahead of Apple on 12

Both firms reported that Samsung maintained a comfortable lead as the world's biggest manufacturer, however the South Korean firm admitted earlier this week that sales of its most recent Galaxy S9 device had fallen far short of expectations.

"The continued growth of Huawei is impressive, to say the least, as is its ability to move into markets where, until recently, the brand was largely unknown," said Ryan Reith, program vice president with IDC's worldwide mobile device trackers.