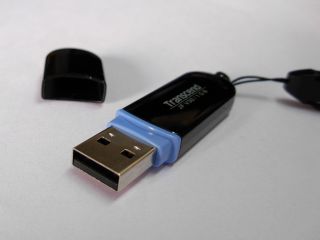 IBM’s staff is no longer allowed to use removable storage devices, the media are reporting this Wednesday morning. The company’s Chief Information Security Officer, Shamla Naidoo, sent out an advisory to all staff, explaining the decision.

According to the media, the company “is expanding the practise of prohibiting data transfer to all removable portable storage devices (eg: USB, SD card, flash drive).”

The advisory also says this kind of ban is nothing new for IBM. Some parts of the company have had this ban imposed for a while now, but “over the next few weeks we are implementing this policy worldwide.”

The reason for the ban is because of “the possible financial and reputational damage from misplaced, lost or misused removable portable storage devices must be minimised.”

Lost or stolen removable drives are considered by security experts as one of the biggest threats to a company’s security and reputation.

Instead of using removable drives, IBM’s staff is advised to use the company’s preferred sync ‘n’ share service, to carry data from one place to another.

The company did, however, stress that this ban might be “disruptive for some”. The Register claims some IBM staff needs to download patches, when they need to install them on devices they manage for clients. The best way to do so is via bootable USD drives.