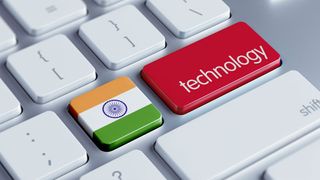 WeTransfer, one of the world’s most popular file sharing services, has been blocked by the Indian government, as per a ban order delivered to the country's internet service providers by the Department of Telecommunications (DoT).

According to a Reuters report, the order does not explain precisely why WeTransfer has been blocked. However, it does gesture towards a clause in the government's ISP license agreement that demands websites must be blocked if “in the interest of national security or public interest”.

In response to the ban, WeTransfer published a blog post, in which the company confirmed its services are currently unavailable in India.

“We are working hard to understand the reasoning behind this block, as well as how to get it reverted as soon as possible," said the firm.

“We know that a lot of you rely on us to send and receive transfers that are important to you, nowadays more than ever, so it really does break our hearts to see that so many of you can't use WeTransfer at the moment."

WeTransfer allows any user to upload and share files of up to 2GB for free and paying users are able to send files as large as 20 GB. The banning of its service in India is likely to cause significant disruption for business and personal users alike.