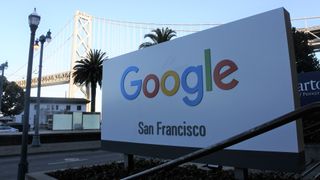 Google is under investigation in India, for potentially abusing Android's dominant position in the market, the media are reporting this Monday.

Two separate sources are claiming that India's competition watchdog, the Competition Commission of India (CCI) decided there was merit in the accusations, last month.

Now, it is looking to launch a full probe, mostly based on the precedent in Europe, where Google got fined $5 billion for the abuse of its dominant market position.

“It is a strong case for the CCI, given the EU precedent,” the first source told Reuters. “The CCI has (preliminarily) found Google abused its dominant position.”

Allegedly, the probe will take a year to be completed, after which Google executives would, most probably, be summoned to appear before the CCI.

The CCI is quiet for the matter, while Google gave a short statement. In it, the company said it's 'looking forward' to working with CCI to “demonstrate how Android has led to more competition and innovation, not less.”

We’re still waiting for more details on the complaint, including who filed it, but we do know that it’s along the same lines as the one that was filed in Europe.

The European Commission has fined Google a record $5bn over how it abused the market dominance of its Android OS. According to EU Competition Commissioner Margrethe Vestager, the search giant broke EU antitrust laws by bundling its search engine and Google apps with Android, blocking device manufacturers from creating devices running forked versions of Android and by paying manufacturers and network operators to exclusively pre-install the Google Search app on their devices.