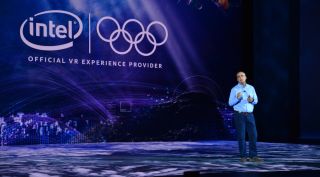 Intel has launched its CES 2018 keynote by revealing a significant step forward in its quantum computing development.

Company CEO Brian Krzanich took to the stage in Las Vegas to reveal the latest breakthroughs by the company's Intel Labs team in some of the most talked-about areas in the technology world today.

This included the unveiling of a 49-qubit quantum chip codenamed "Tangle Lake" as Intel's next step to "quantum supremacy". Developed by an Intel Labs team in the Netherlands, the chip was called, "a major breakthrough" in quantum computing by Krzanich, and could be used for areas such as drug development, financial modelling and climate forecasting.

Krzanich also detailed Intel Labs work on neuromorphic computing - a new area of hardware development which is inspired by how the brain works, and the work being done on the Loihi chip revealed late last year.

Loihi is set to be deployed to universities and research institutions for increased testing and development later this year, with Intel seeing such varied use cases from smarter security cameras to smart-city infrastructure.

“This has been a major research effort by Intel and today we have a fully functioning neuromorphic research chip,” Krzanich said. “This incredible technology adds to the breadth of AI solutions that Intel is developing.”