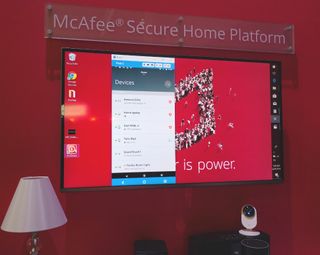 One of the largest security firms could be set for a transition following reports that McAfee could be put up for sale.

Thoma Bravo, a private equity firm, is looking to buy cybersecurity firm McAfee from TPG Capital, according to Reuters, which says that the two sides are in ‘early talks’.

However, all sides are keeping quiet for the moment, not commenting on the news. Reuters’ source confirmed that the talks have been held, but also said there is no guarantee a deal will be achieved at any point.

CNBC says that the deal would see Intel gain a ‘significant premium’ over the company’s 2016 $4.2 billion valuation.

Apparently, Thoma Bravo first approached Symantec with a takeover proposition last month. But, if it agrees a deal with Intel over McAfee, the Symantec deal would probably fall through. Investors are also aware of this, which is why Symantec’s stock fell 2.5 per cent after the news first broke out, down to $21.57 per share.

McAfee has been moving hands in the past decade. First it was acquired by Intel back in 2011, for a sum of $7.7 billion. Then, it sold 51 per cent stake in the company to TPG last year, for $4.2 billion. The company was founded in 1987 by John McAfee and originally focused on cybersecurity solutions for computers. Nowadays, it has switched to protecting mobile devices and the cloud