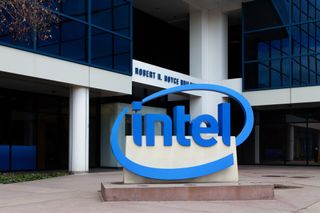 Intel has lost the number one position on the worldwide semiconductor market for the first time in 22 years, according to new figures.

The latest numbers from Gartner found that global semiconductor revenue for 2017 ended up being $419.7 billion, which represents an increase of 22.2 per cent, compared to the year before. Revenue in the memory market grew for almost two thirds (64 per cent) due to a shortfall in supplies. Memory accounted for almost a third (31 per cent) of all semiconductor revenue in 2017.

According to Gartner, undersupply in the market was the main driver for Intel's fall from grace, with South Korean giant Samsung the main beneficiary.

"The largest memory supplier, Samsung Electronics, gained the most market share and took the No. 1 position from Intel — the first time Intel has been toppled since 1992," Andrew Norwood, research vice president at Gartner said. "Memory accounted for more than two-thirds of all semiconductor revenue growth in 2017, and became the largest semiconductor category."

Supply shortage pushed prices up, resulting in a booming memory revenue. NAND flash prices rose year over year, for the first time ever (17 per cent), while DRAM went up 44 per cent.

The current rankings may not last long, however, "Samsung’s lead is literally built on sand, in the form of memory silicon," Norwood added. "Memory pricing will weaken in 2018, initially for NAND flash and then DRAM in 2019 as China increases its memory production capacity. We then expect Samsung to lose a lot of the revenue gains it has made."