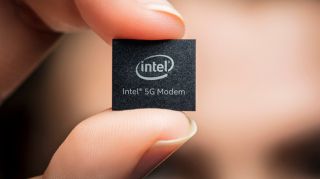 Intel has revealed it plans to release 5G-ready laptops by the end of next year.

The computing giants has said it is teaming up with some of the biggest names in the PC industry to enable devices that can connect to superfast 5G connections in time for the 2020 deadline.

HP, Dell, Lenovo and Microsoft have already been signed up to build devices with the new chips, which will be available in time for Christmas 2019.

Intel says that it is currently hard at work developing 5G modems, making it the latest manufacturer to have its hardware plans set for the 2020 deadline.

The company first revealed a 5G-ready modem last year, operating on sub-6GHz and millimetre wave spectrum bands across the world, meaning it can power devices as varied as smartphones to connected vehicles.

But this week at Mobile World Congress, Intel has showed of a concept 2-in-1 detachable laptop device that it says will form the framework for its 5G laptops.

The move to get its 5G modems into PCs and laptops will put Intel into direct competition with Qualcomm, which has similar plans for its Snapdragon chipset range.

Qualcomm revealed earlier this month that its ARM-powered chips will soon be powering a range of Windows 10 laptops, as it looks to expand beyond its traditional smartphone environment.