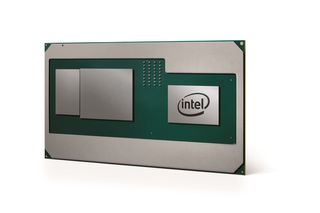 Intel has confirmed that its patches for the Meltdown and Spectre vulnerabilities will slow down devices that apply the fix.

In a blog post, the firm revealed its initial findings from research into how much its patches affect the performance of devices affected by the security flaws, with older hardware seeing a much higher decrease from the updates.

Intel said that systems equipped with its latest 8th generation (including the Kaby Lake, Coffee Lake chips) will be see the smallest effect, with the expected impact being less than six per cent.

However older hardware, specifically devices powered by the 7th Gen Kaby Lake-H mobile processors will be around seven per cent slower, while the performance impact on systems with the 6th Gen Skylake-S platform estimated at around eight per cent.

Exact performance effects on individual devices will still very much depend on how and what it is used for, but Intel's benchmarks suggest that many of us will see drops when browsing the web or using applications - both of which are common everyday taks.

"To be clear, we do not want to see the performance of our products impacted in any way, and we know our customers feel the same way," Navin Shenoy, executive vice president and general manager of Intel's data center group wrote.

"However, the security of our products and our customers’ data is our number one priority. We are passionate about continuing to work with our partners in the industry to provide the best possible experience for our customers."

The news finally confirms that Intel's patches for Meltdown and Spectre will affect the perfomance of at-risk devices, after the company apparently changed its opinion several times.

Microsoft revealed it would be halting the rollout of the initial updates following fears that it was bricking devices featuring AMD hardware, with an internal company investigation finding that most Windows 10 devices would see a performance drop.