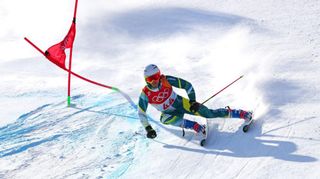 This month’s 22nd Winter Olympics in Pyeongchang in South Korea has been one of the most tech-friendly to date, with visitors, officials and athletes alike able to enjoy a number of technological advancements.

Intel has played a major role in this, being behind several eye-catching launches and projects at the games, as it shows its expertise across a number of areas.

Most eye-catching was the world-record drone flying display during the opening ceremony, which wowed audiences around the world by creating a number of vibrant sights in the skies above Pyeongchang.

But the games have also been notable for Intel, which has signed up to be a technology partner for the next two summer and two winter games, with Pyeongchang 2018 its first chance to show off.

The company has teamed up with local operator Korea Telecom to launch the first deployment of a 5G working infrastructure to support the huge amounts of data being sent during the games.

Intel has worked with the infrastructure providers at the games to ensure a robust network is in place for the thousands of attendees at each day of the games, whilst also teaming up to build the edge network infrastructure.

"We see (the games) is as a wonderful platform to bring technology to sporting events that are the pinnacle of sporting achievement...and help make the experiences that people have through the games even more exciting and immersive with our technology," Steve Shakespeare, director at Intel, told a media roundtable attended by ITProPortal.

Shakespeare adds that the network installed in Pyeongchang is ideal for large-scale Internet of Things deployments creating huge amounts of data, as well as being able to support high-performance broadband for top-quality data streaming.

This includes being able to watch live action and highlights of the games in virtual reality. Intel has launched what it calls TrueVR in time for the games, promising a fully immersive experience of 30 events in both real-time and on-demand.

Utilising high-quality camera deployments (pictured above) across the multiple stadiums and venues being used for the games, TrueVR can put fans right at the heart of the action, providing a number of different views, angles and perspectives of all the sport they want.

Generating up to 1TB of data an hour though, TrueVR needs strong and robust infrastructure to carry all this entertainment, and Intel believes its next-generation network can provide this.

"We're enabling high capacity, low latency networks that give you gigabit-speed connectivity for the evolving era,” says Shakespeare. “We know it's the first of many (deployments) as the industry gets behind it...it's a big milestone for 5G.”