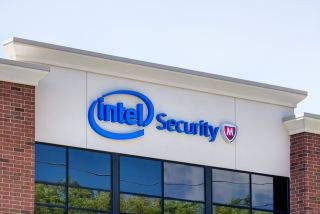 Intel has made the decision to sell of a majority stake in its security software arm, which was previously known as McAfee, to the private equity firm TPG.

In 2010, the chipmaker acquired security software company for $7.6 billion and then four years later it decided to do away with the McAfee name entirely in favour of Intel Security.  TPG, which will own 51 per cent of the company after the sale, will be reverting the company name back to McAfee, likely due to the security software being a household name and having a large user base.

According to Intel, its software division is currently valued at $4.2 billion which includes its debt. When the sale is finalised, the chipmaker will receive $3.1 billion in cash and it will still control 49 per cent of the TPG's McAfee. TPG will receive majority control and has promised to make a $1.1 billion equity investment to help with the company's future operations.

Intel's CEO, Brian Krzanich explained how the company will remain a part of its former security division after the sale, saying: “Security remains important in everything we do at Intel, and going forward we will continue to integrate industry-leading security and privacy capabilities in our products from the cloud to billions of smart, connected computing devices.”

“As we collaborate with TPG to establish McAfee as an independent company, we will also share in the future success of the business and in the market demand for top-flight security solutions, creating long-term value for McAfee's customers, partners, employees and Intel's shareholders.”