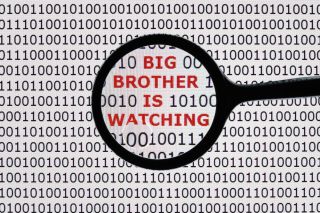 Despite opposition from critics concerned for the online privacy of UK citizens, the Investigatory Powers Bill has been given royal assent and will very likely pass into law. The bill passed through the House of Lords earlier this month and now it is set to go into effect after begin singed off.

The Investigatory Powers Bill has caused a great deal of controversy as it will force internet service providers (ISPs) to log and store all of the websites visited by its customers. These records are required to be stored for one full year and be made available to the police as well as a number of government agencies. While some agencies will be required to obtain a warrant before accessing customer browsing records, a large number will be able to access them without a warrant.

The bill will also provide government surveillance agencies with new powers that will aid them in hacking into citizens' phones and collecting an unprecedented amount of data on those living in the UK. The government has justified these intrusions into the private lives of its citizens as a necessary measure to help protect them and the country from terrorism.

Home Secretary Amber Rudd justified the new measures provided to government agencies in the Investigatory Powers Bill, saying: “This Government is clear that, at a time of heightened security threat, it is essential our law enforcement, security and intelligence services have the powers they need to keep people safe.

"The internet presents new opportunities for terrorists and we must ensure we have the capabilities to confront this challenge. But it is also right that these powers are subject to strict safeguards and rigorous oversight. The Investigatory Powers Act is world-leading legislation that provides unprecedented transparency and substantial privacy protection."

Critics of the Investigatory Powers Act were recently able to gain over 118,000 signatures to a petition calling on the UK government to repeal what they have dubbed “Snoopers' Charter” though it seems that their protests were not enough to stop this controversial bill from becoming law.