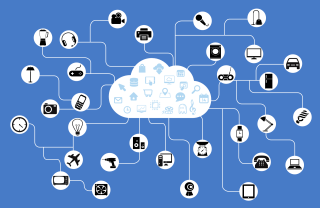 Mobile World Congress 2017 marked a moment in the mobile industry where most technological innovation was happening not at the handset level, but at the network level, driven by The Internet of Things (IoT).

As a technology IoT is rapidly growing, enabling more and more everyday objects to connect, providing individuals, businesses and organisations access to vast pools of data that can help them operate more efficiently.  An increasing amount of products are being connected; from consumer items like toothbrushes, cars and fridges, to manufacturing equipment and machinery used in many different industries.

All can be fitted with sensors to relay vital data on usage, operations, fault diagnosis, product life stage, upgrade requirements, location and so on.

The growth of IoT use cases has created an ecosystem with a wide variety of connectivity options. This can be a minefield for businesses that are new to IoT connectivity and primarily concerned with key cost-of-ownership and quality-of-service factors.

So the question remains, which connectivity technology should be used, and for which purpose?

The ‘unlicensed spectrum’ uses radio signals to send data. The two main technologies that connect in this way are Sigfox and LoRa.

As the unlicensed spectrum is open to all, and there are no operating rules or standardisation, the data transmission is vulnerable to interference from other radio signals transmitted using the same blocks of unlicensed spectrum.

They are also only supported by a small number of vendors and don’t easily enable roaming across country borders. That’s a huge limitation if your IoT application is something that needs to move internationally like logistics or fleet management, but if you’re monitoring static items, like roads, environmental conditions or CCTV camera that are static in location, this might be fine for your use.

Standardised cellular connectivity uses the licensed spectrum belonging to telecoms operators; we call this ‘Cellular IoT’. IoT devices are supported using 2G, 3G and 4G data connectivity, as well as SMS and voice. There are three different standards focusing on IoT specifically that are currently being rolled out - NB-IoT, LTE-M and EC-GSM-IoT.

Arguably it is the cellular connectivity options that will endure because they are built on an established ‘carrier grade’ infrastructure that has been serving the mobile industry for decades. The IoT specific technologies are also designed to provide connectivity in previously hard to reach places, such as basements and deep inside buildings.

Crucially, since just about everywhere is covered by a mobile network, standardised connectivity technologies open up the possibility of connecting things that are characteristically mobile. Vehicles, wearables and other mobile assets are able to stay connected wherever they are in use.

Benefits of the reprogrammable eSIM

Recent developments in reprogrammable SIM technology (eSIM) are now further enabling the expansion of cellular IoT. The GSMA’s Embedded SIM Specification provides a standardised mechanism for the remote provisioning and management of any machine-to-machine (M2M) connection.

In other words, reprogrammable SIMs enable manufacturers to embed a SIM card in a device, appliance, machine or vehicle, it can then be provisioned over-the-air to work on a specific mobile carrier’s network.

Moreover, the M2M ecosystem would be hamstrung if each SIM was only associated with one network operator.  It follows that eSIM technology has been necessarily developed as an operator agnostic option.

And when the eSIM is supplied by a network aggregator, the IoT application benefits from a single point of entry into an established global network of mobile operators. There is no need for individual SIM cards and operator agreements in every country that a connected device operates, as the network aggregator will manage those partnerships. This takes a lot of the pain in implementing an IoT solution that crosses borders - transportation and logistics applications are good examples.

Plus costs can be controlled because connectivity can be priced according to usage, rather than on contracted data tariffs. In turn this allows users to gain cost efficiencies (important for mitigating the price of roaming) and allows them access to a selection of connectivity options.

Take the connected car for example.  It’s simply not feasible to expect a car manufacturer to negotiate operator agreements in all of the countries that it exports to and then fit an individual SIM according to that country and that operator contract. Reprogrammable SIMS via network aggregators put control back in the hands of the manufacturer because they enable best possible price and network coverage as a dynamic feature that changes according to where the vehicle is.

In many ways, reprogrammable SIMs are the on-ramp for cellular IoT, enabling new business models in multiple areas of services and manufacturing that implicitly make sense, because they help optimize these services and drive down costs.

The Future of IoT

Industry experts are confident about the future prospects for cellular IoT because it offers a common, open, standardised and secure architecture. Ericsson forecasts there will be 1.5 billion cellular-connected IoT devices by 2022, up from about 400 million at the end of 2016. Similarly, Machina Research anticipates that cellular IoT connections will grow to 2.2 billion by 2025.

Although some businesses will continue to employ application-specific connectivity based on technology that is built to work in the unlicensed spectrum, many will want to harness the economies of scale and interoperability associated with standards-based services. The connectivity options available will naturally lend themselves to particular use cases, so it’s for the IoT implementor to choose the most suitable connectivity for their needs. --

For more detail on the IoT ecosystem, technical standards and connectivity options, CLX has recently published a whitepaper in conjunction with Mobile World Live. Entitled Internet of Things: Last Mile Connectivity Options Explained, the paper  draws on analyst insights and market data as a business guide to what’s next in IoT.