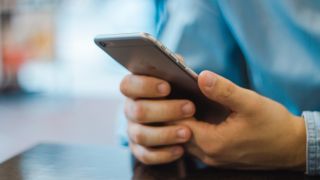 A wide-ranging iPhone hack may have also affected Android and Windows devices too, reports have claimed.

The attacks, uncovered by Google security researchers last week, allegedly targeted a number of different platforms as part of a surveillance campaign by Chinese authorities.

Sources speaking to Forbes claim that the attacks, which used malicious websites to install surveillance software onto victim devices, may have been part of a long-running campaign originating from China against the Uighur Muslim ethnic group.

Uighurs have been targeted by high levels of surveillance from Chinese authorities in recent years,  particularly across Xinjiang province.

The attacks were reportedly used to target devices used by the Uighur community, with the attacks were updated over time as different operating systems and new smartphones and PC models were released.

Versions of iPhone software up to and including iOS 12 were affected, with attackers also able to detect what apps the user had installed, hoovering up data from popular services such as Instagram, WhatsApp and Telegram, as well as Google products such as Gmail and Hangouts.

Google and Apple have not commented on the reports, however Microsoft says it has yet to receive any information from Google's team.

"Google Project Zero was very specific in its blog post that the recently publicized attacks used unique iPhone exploits and they have not disclosed similar information to us," a Microsoft spokesperson said. "Microsoft has a strong commitment to investigate reported security issues and, should new information be disclosed,  we will take appropriate action as needed to help keep customers protected."