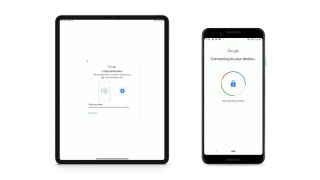 At the moment, the Android security key can be used to log into Google accounts, exclusively.

This feature was announced earlier this year, when Google confirmed working on a Bluetooth-based protocol which would allow Android devices to serve as a security key for 2FA (two-factor authentication).

However, on inception, the service could be used only for Chrome log-ins. Now, Google says it expands its service into the Apple ecosystem, offering iPhone and iPad users the same level of protection as those using Android devices as security keys.

In order to set everything up properly, Apple users should install the Google Smart Lock app.

This type of security tech is FIDO2 compliant, which means different devices, with different operating systems, are allowed to freely communicate with one another without fear of compromise.

Google recently admitted that its Titan security keys were vulnerable to a pairing bug and offered replacement devices for anyone affected.