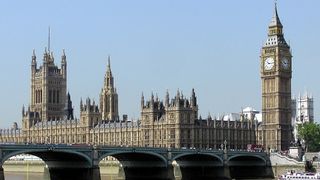 It seems to be Iran, and not Russia, who is behind last summer's cyber attack against the UK Parliament. At least that’s what The Times is reporting, and it’s backing its claims with “secret intelligence assessment”.

If that truly is the case, this would be Iran’s first foray into cyber-warfare. When it comes to possible motives behind the attack, it’s all still in domain of speculation. From looking into UK’s interests to try it to make any concessions, to scouting for advantages in trade, to changing the direction of the nuclear deal.

It is the latter, however, that’s got everyone worried. According to The Times, there’s a possibility that Iran was looking for a way to undermine the deal and ultimately cancel it. However, none of this is yet confirmed.

The attack itself, although serious, wasn’t that big. It was fairly limited, with roughly 30 members of Parliament having their email accounts compromised. To put things into perspective, there are a total of 9,000 accounts that could have been accessed.

BBC security correspondent Gordon Corera described the June attack as "not especially sophisticated" but told BBC Radio 4 it was a sign that Iran was becoming "more aggressive and capable as a cyber power".

"It's not clear what the Iranian motive was," he told the PM programme, suggesting Iran may have been merely "exploring networks to see what they could find".