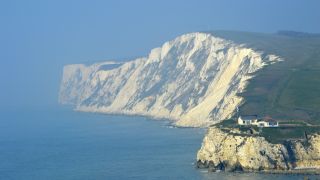 The UK could see its first 5G tests sooner than expected after reports claimed that the Isle of Wight could be the first location for trials of the new network.

According to local news site On The Wight, a bid has been submitted by the Isle of Wight Council for the island to be chosen as a test location for 5G technology.

The news was revealed in the council's performance and finance report for quarter ended September 2017, which noted that, "An Island bid to become a test bed for 5G mobile communications has been submitted in Dec 2017 and a bid for the UK government Local Full Fibre programme is being prepared for the end Jan 2018 deadline."

The Isle of Wight would first need to become part of the government's Local Full Fibre programme, which helps deploy faster and more reliable broadband networks to rural locations. This application is also reportedly underway and should be completed by the end of January.

The news comes two months after plans to roll out ultrafast full-fibre broadband across the Island for the first time were revealed, with local firm WightFibre leading the deployment.

5G networks are widely expected to be launched globally in 2020, and last month saw the launch of the first set of official regulations to govern the technology.