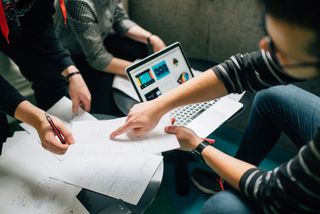 Fewer teenagers are gravitating towards information and communication technology (ICT) apprenticeships and that number of applicants has fallen by almost 20 per cent over the last five years, new research has discovered.

According to the UK's Education and Skills Funding Agency, in 2016/17, around 15,000 people began ICT apprenticeships in Britain which was down from 16,020 during the previous year.  However since 2011/12, the number of applicants for ICT apprenticeships fell by 3,510.

At the same time though, a recent report from the National Audio Office (NAO) has revealed that the number of young people starting STEM apprenticeships has increased from 95,000 in 2012/13 to 112,000 in 2016/17 although a majority of the applicants started an apprenticeship in either engineering or construction, planning and the built environment.

The chair of the Public Accounts Committee, Meg Hillier criticised the government for not doing enough to understand the skills that businesses really need which led to the wrong initiatives being promoted.

Though the government often tries to play up the importance of ICT in terms of addressing the tech skills gap, young people are just not as interested in beginning an apprenticeship in it.

The head of apprenticeships at the British Computer Society, John Pritchard stressed the value of an ICT apprenticeship in a digital world, saying:

“We need to reverse the downward trend, and encourage all players; government, employers large and small, teachers, careers advisors, parents and, of course, young people themselves of the huge value that an apprenticeship can bring in kick-starting their careers. It's clear that our future economy will be one that's driven by digital skills and knowledge, which is why these digital apprenticeships are so important.”