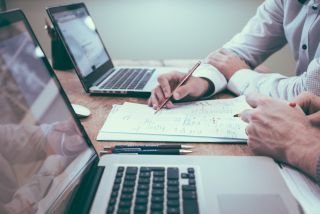 Applications to IT-related jobs fell by 6.6 percent in August this year, according to a new report from job board CV-Library. At the same time, the number of jobs being advertised for IT positions rose 6.5 percent month-on-month.

Analysis of the bigger picture, however, suggests there is no reason to panic. While job numbers are still “significantly lower” than in 2019 and IT roles dropped by a “staggering” 38.8 percent year-on-year, the quantity of job applications made to IT roles this August was 35.2 percent higher than last year.

For Lee Biggins, founder and CEO of CV-Library, the significant drop in the number of applications is surprising, especially considering the UK government’s Job Retention Scheme is only weeks away from expiry.

However, Biggins stresses that August is typically a slower month for hiring, especially factoring in the pandemic. “It’s vital that employers don’t lose faith in the job market,” he said.

“While applications have dropped on the previous month, businesses should continue with their hiring efforts throughout September, and we should see some improvement in the coming weeks.”

“While you may not be able to provide a higher wage, be sure to publicize any benefits or perks that your business can offer instead, such as flexible or remote working."