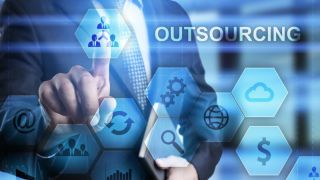 Companies are ramping up investment in digital transformation, and it’s showing. This is according to a new report by Arvato, which says Q1 2017 was the strongest in the last five years, when it comes to the UK’s private sector outsourcing market.

During Q1, businesses have agreed deals worth £2.42 billion. The Arvato UK Outsourcing Index, created in partnership with NelsonHall, says this is the ‘largest private sector spend since Q4 2011’-

In total, businesses spent £1.74bn outsourcing IT, with more than two thirds (68 per cent) going on new projects.

Commitment to the improvement of customer experiences led to an increase in spending on BPO deals, as well. Businesses signed customer service outsourcing contracts worth £437 million in Q1 2017, increasing the overall value of private sector BPO deals by more than double.

Debra Maxwell, CEO of CRM Solutions, Arvato UK & Ireland, said: “The strong start to the year illustrates the resilience of the UK outsourcing market to political and economic pressures, with companies increasingly seeing value in procuring external expertise and experience. From improving customer experiences to delivering new efficiencies across the front and back office, continuing to innovate is crucial to stay ahead of the game, and business leaders are turning to outsourcing partners for selecting and implementing the technology that can help differentiate them in increasingly competitive markets.”

Speaking in general, a total of £2.73bn worth of outsourcing contracts were signed across both public and private sectors in Q1, representing a 13 per cent rise year-on-year.

Topics
outsourcing
it
business
spending
Get Weekly News and Analysis