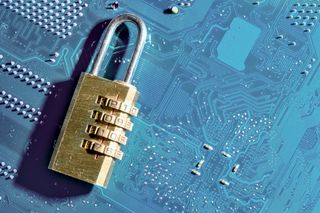 The state of global cybersecurity is a mixed bag at the moment, according to a new report by Trustwave.

The company's 2017 Trustwave Global Security Report says intrusion detection is faster, as well as containment times. However, malvertisement is cheaper, and spam has picked up the pace.

The median number of days from intrusion to detection is down from 80 to 49 days (from 2015 to today). Once they detect an issue, victims are usually very quick to contain the breach, too.

Intrusion containment remains stagnant, the report claims, adding that the median number of days from intrusion to containment is still 62, almost the same as in 2015 (63).

North America and retail lead in data breaches, while POS breaches have seen an increase. Payment card data is most at risk, as well.

Attackers offering zero-day vulnerabilities are upping their prices, too. World’s most common exploit kits (Angler, Magnitude and Nuclear) disappeared, or went ‘private’ last year. This has caused a shakeup in the market.

Malvertisements are now ‘dirt cheap’. It costs $5 to infect 1,000 machines. Also, 83 per cent of malware samples which Trustwave examined used obfuscation, while 36 per cent used encryption.

“Cybersecurity in 2016 had both highlights and lowlights. As our data breach investigations and threat intelligence show attackers continue to evolve their tactics and focus on extreme paydays as cybercrime becomes more like genuine businesses. Meanwhile security skills and talent remain scarce. As an industry, we must continue to focus on key areas like threat detection and response, security scanning and testing and cloud security services that provide meaningful layers of protection from constantly evolving threats.”