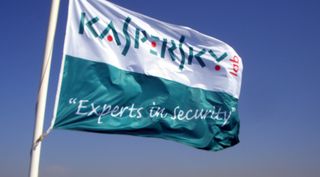 Kaspersky Lab has fought back against the US government's ban on the use of its products.

The cybersecurity company has filed an appeal against President Trump's administration, which signed into law last week a ban on using Kaspersky Lab products on both civilian and military networks.

The ban was included as part of a larger defence policy spending bill signed by the president, who back in September issued a further directive requiring all civilian agencies to remove any Kaspersky Lab software from their systems within 90 days.

Kaspersky Lab's appeal, filed under the Administrative Procedure Act, concerns the latter directive, officially known as Binding Operational Directive 17-01, which was issued by the US Department of Homeland Security (DHS).

“Because Kaspersky Lab has not been provided a fair opportunity in regards to the allegations and no technical evidence has been produced to validate DHS’s actions, it is in the company’s interests to defend itself in this matter. Regardless of the DHS decision, we will continue to do what really matters: make the world safer from cybercrime,” said Eugene Kaspersky, CEO of Kaspersky Lab.

Kaspersky Lab says that it hopes the case will "help repair the harm" caused to its commercial operations around the world, including the damage it says its US-based employees and business partners have suffered.

The company has already shut down its Washington DC offices in response to the government's actions, although it plans to continue selling its products to non-federal US customers and it will open new offices in Chicago and Los Angeles next year.

Kaspersky Lab launched its Global Transparency Initiative back in October in an attempt to open up its processes, including an independent review of the company’s source code, software updates and threat detection rules.