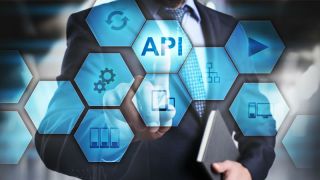 From now on, Kubernetes APIs can only exist in beta state for nine months. After that, they will need to transition into a stable version, which deprecates the beta, or start anew.

The developers of the open-source container-orchestration system decided to make the shift to incentivize developers to keep working on the project, which ensures the ecosystem is constantly developing.

The changes will be introduced with version 1.19, which will also come with notifications alerting developers to APIs nearing the deadline.

“Guaranteeing that beta features will be deprecated adds a pretty big incentive so that people who want the feature continue their effort until the code, documentation and tests are ready for this feature to graduate to stable, backed by several Kubernetes' releases of evidence in real-world use.”

Version 1.19 also comes with a prolonged Kubernetes support window. From now on, bug fixes via patch releases for minor Kubernetes releases will extend to a whole year.

“A survey conducted in early 2019 by the working group (WG) Long Term Support (LTS) showed that a significant subset of Kubernetes end-users fail to upgrade within the previous 9-month support period. A yearly support period provides the cushion end-users appear to desire, and is more in harmony with familiar annual planning cycles,” the patch notes read.