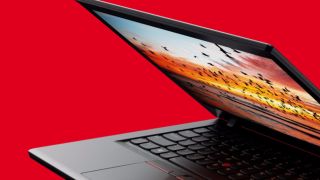 Lenovo has revealed details of an all-new build of its enterprise-focused ThinkPad notebook products.

Scheduled to mark the 25th anniversary of its iconic ThinkPad line, the two new A-series products will be the first notebooks to feature AMD hardware. Specifically, this means the chipmaker's all-new Ryzen Pro processors, which were shown off at an event in New York this week.

The ThinkPad A475 and A275 have been uniquely named in order to distinguish them from the existing set of ThinkPad products, and come packing integrated Radeon graphics and extra efficiency and power facilitated by AMD's newest chips.

Lenovo says that the two new notebooks are well suited to a variety of verticals, naming government, higher education labs and SMBs all as key target markets.

Set for release on September 15th, the ThinkPad A475 (pictured above) is the more powerful of the two new models, featuring a 14in display, AMD Bristol Ridge and up to 32GB DDR4 memory, as well as the ability to be connected to a mechanical dock along with USB-C and three USB-A ports.

The ThinkPad A275, which is set to go on sale for a lower cost than its bigger brother, will sport a 12.5in display, but will only be available with 16GB of memory, and will not feature mechanical docking.

There's no details on pricing just yet, with Lenovo promising to reveal more soon, along with a concrete release date sometime in Q4 2017.