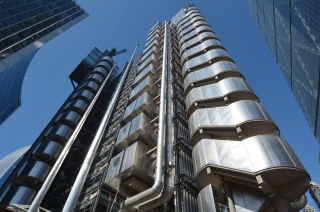 According to a new survey, nine out of 10 big business in Europe have fallen victim to a significant cyber attack during the last five years, though less than half are concerned regarding the possibility of future breaches.

Lloyd's of London conducted a survey of chief executives and senior bosses at 346 European companies with a turnover of €250 million or more. The boss of the company, Inga Beale believes that the results of the survey show that European businesses are “complacent” when it comes to cyber attacks and the damage they could cause their business and brands.

Ms Beale offered further insight into the role cyber attacks play in today's business market, saying: “It is a reality, you will be hacked or attacked in some way. There's been an element of complacency in the past, but it's going to become more prevalent. We used to think, 'what if an office is flooded or if there's a great big fire?' But now we need to work out how to assess the damage from a cyber attack, including the harm to reputation and costs of getting the business up and running again.”

She also noted that European businesses are less aware of cyber attacks than those in the US. This is because in the US there are stricter penalties for firms that fail to handle data properly and currently one in four US firms are insured against data breaches.

New rules in the EU could change the current mentality shared by European businesses regarding cyber attacks, as they will soon face fines of up to €20 million - or 4 per cent of their global annual turnover - if they fail to protect their data properly.