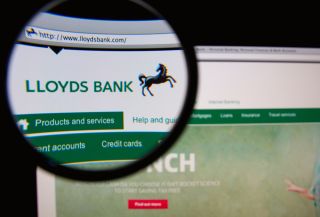 The Lloyds Banking Group has fallen victim to a massive cyberattack that was responsible for temporarily disrupting its services.

The attack is being attributed to an international hacking group that launched a Distributed Denial of Service (DDoS) attack against the company's online services that lasted for two days.  During this time, customers were reportedly unable to make payments online or check their account balances.

Although information regarding the attack has just been made public, the bank was actually targeted by hackers around two weeks ago.  Lloyds was not the only high street lender targeted by the group but it was the only one affected by the attack.  The bank's customers were fortunate in that they did not suffer financial loses as a result of the attack.

A spokesperson for Lloyds offered further information regarding the cyberattack, saying: “We experienced intermittent service issues with internet banking between Wednesday morning and Friday afternoon the week before last and are sorry for any inconvenience caused.”

“We had a normal service in place for the vast majority of this period and only a small number of customers experienced problems.  In most cases if customers attempted another log-in they were able to access their accounts.  We will not speculate on the cause of these intermittent issues.”

DDoS attacks were employed by a number of hackers in 2016 to disrupt businesses and these attacks will likely continue as they have grown more sophisticated and easier to implement.