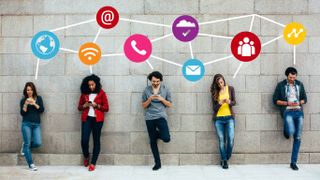 The Mayor of London has warned top social media companies that they could face tough regulation if they fail to stop the spread of fake content on their sites.

Speaking at the SXSW event in Austin, Sadiq Khan said that if social media companies cannot control fake news, racism and propaganda on their platforms, they may face being regulated by governments.

Khan specifically called out Facebook, Twitter and YouTube for not doing enough, and gave an example of the abusive tweets he receives. He said that these companies, with all the skills and resources they have, should definitely be doing a lot more.

"Ultimately, there must be greater responsibility taken by some tech companies for the impact they're having on the world," Khan said. He praised the way social media sites connect different people across the globe, but warned that they are also facilitating the divide of communities.

He said that if these sites don’t approach this problem in a serious matter, they might end up getting regulated by governments everywhere, adding Germany as an example. Last year, Germany passed a law which allows the country to fine a site up to €50 million if they do not remove an abusive post within 24 hours.

He also expressed hope that it will not come to that, saying such laws aren’t good for the freedom of speech.