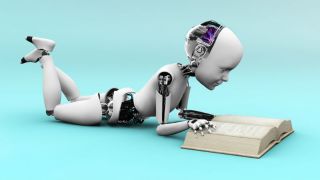 More than half, 54 per cent, of almost 200 insurance executives, recently confirmed that their company was using machine learning for predictive analytical modelling.

They confirmed it to analytics solutions firm Earnix which used the information to release a report entitled Machine Learning – Growing, Promising, Challenging.

Of those that are deploying this new tech, almost three quarters (70 per cent) said they were using it for risk modelling. Demand models and fraud detection were also mentioned.

Earnix says this means machine learning will bring ‘significant change’ to the industry in the next three to five years.

The biggest barriers to adoption is – you guessed it – lack of skills, with 82 per cent saying they were ‘relatively inexperienced’ with machine learning.

According to Udi Ziv, CEO of Earnix: “The insurance industry has always been data-driven and the use of Machine Learning is a powerful trend that will quickly become a competitive edge for those who embrace it. Earnix was an early adopter of this technology and is working with its clients to integrate it into their analytics, enabling them to automate more of their processes and predict outcomes more accurately. The combination of advanced analytics with Machine Learning is truly an innovation with direct and measurable benefits.”

You can find Earnix’s full report on this link.