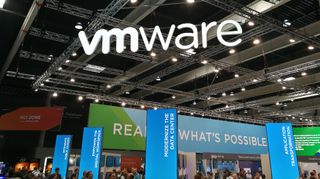 As reported by ZDNet, the flaw was discovered in April by penetration testing firm Citadelo, which tracked it as CVE-2020-3956.

VMware gave it a CVSSV3 severity score of 8.8 – which classifies the vulnerability as “important” - and described it as failure to properly handle input.

According to Citadelo, the flaw could lead to code execution and cloud takeover, but VMware was careful to note that the attacker would still require a level of authenticated access.

"An authenticated actor may be able to send malicious traffic to VMware Cloud Director which may lead to arbitrary remote code execution," said VMware. "This vulnerability can be exploited through the HTML5- and Flex-based UIs, the API Explorer interface, and API access."

The company pushed an advisory to its customers in mid-May, in which it explained all versions of VMware Cloud Director up to v 10.1.0 were affected. Linux-bound vCloud Director 8x - 10x and PhotonOS appliances were also vulnerable.

Relevant patches are now available to download, as well as a workaround, which can be accessed here.