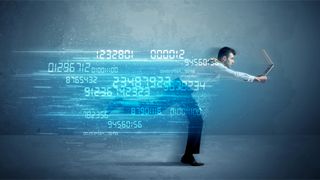 Securing a company network the “traditional” way is no longer viable, thanks to budget constraints and the meteoric rise of remote working.

This is according to a new report from Juniper Networks, based on a poll of 1,000 senior IT networking and security professionals hailing from various industries.

According to those surveyed, legacy networks have too many performance issues and, as such, IT professionals spend much of their day firefighting, leaving almost no time for innovation and upgrades.

The report asserts that the solution lies in integrated visibility within the network, which would allow for more accuracy providing data-driven context to faster security tools.

Automation and widespread policy enforcement could simplify processes even further, allowing teams to deliver “meaningful insight at scale”, while avoiding additional costs and freeing up time.

“As workers become more distributed and threats become more sophisticated, security professionals are faced with new and emerging challenges that put enterprises at even greater risk than before," she said.

"Companies need threat-aware networks that bring speed and agility to enterprise security, coupled with a Connected Security strategy that allows all network elements to work together for increased visibility and action where it matters most. The old way of thinking about security will no longer suffice for those companies battling a new norm.”