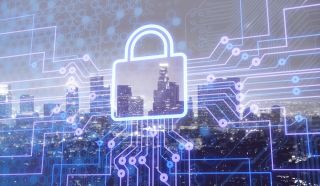 UK consumers believe it is already too late to achieve online privacy, suggests a new report from NortonLifeLock.

Polling more than 1,000 UK adults, the firm found most people believe their data is already “out there”, making it impossible to protect their online privacy.

The report also states that Britain is among the most concerned nations in the world when it comes to online privacy. Its citizens are happy to boycott businesses, apps and products perceived to carry a risk to personal data.

At the same time, two thirds (65 percent) of respondents said they accepted certain risks to their online privacy for the sake of convenience.

The technology most Brits are worried about from a privacy perspective is facial recognition. Two thirds (65 percent) of consumers believe it's is likely to be abused or misused within the year, and almost half (42 percent) think facial recognition will do more harm than good.

“The notion that it’s ‘too late’ to protect their online privacy could put people at great risk. This is further amplified by the conviction that their information is already out of their own hands, as well as their willingness to trade off their privacy for convenience,” said Gareth Lockwood, General Manager EMEA at NortonLifeLock.

“Growing awareness around data privacy issues has compelled consumers to seek more control over their data and take some action to protect their privacy online. However, with over half of Brits (53 per cent) saying they don’t know how to safeguard their online privacy, there’s still a clear need for education on how people can keep themselves, and their data, safe online," he added.