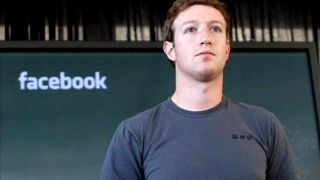 In a speech held yesterday at Georgetown University, Facebook CEO Mark Zuckerberg defended his company's stance on political advertising, the spread of fake news and misinformation campaigns, citing free speech. He also acknowledged the challenges Facebook is faced with, and addressed how the company is tackling them.

“People having the power to express themselves at scale is a new kind of force in the world. It is a Fifth Estate alongside the other power structures of society,” he said.

According to an Al Jazeera report, Zuckerberg said that if companies like Facebook don't stand up for free speech, the internet could start looking a lot more like China.

"Until recently, the internet in almost every country outside China has been defined by American platforms with strong free expression values," Zuckerberg said. "There's no guarantee these values will win out."

He did point out, however, that by giving everyone a voice, there's bound to be people looking to abuse the privilege. The company's approach to solving this problem is, however, to focus on the individual, rather than the message.

Facebook has an advanced algorithm which decides what posts people see in their newsfeeds, depending on their interests and previous behaviour. This algorithm has a profound impact on whose message gets out to the masses, which is why Facebook was often criticised by politicians and advocates on both sides of the political spectrum.

Facebook was forced into a defensive position on more occasions, especially when politicians argue that Facebook isn't doing enough to protect its users from the spread of misinformation. The social media giant, however, is reluctant to remove potential misinformation, fearing it might be labelled as politically biased.