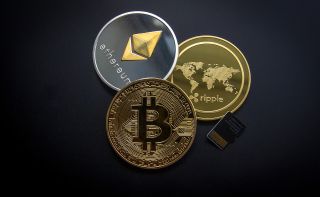 Facebook’s cryptocurrency project Libra has been facing the heat ever since it was first announced, but now the company’s partners are turning the heat up as they slowly, one by one, seem to be abandoning the project.

It was recently announced that Mastercard, Visa, eBay and Stripe have all decided to step out and wait Libra out a little bit. Late last week, eBay said it “respected the project” but had “made the decision to not move forward as a founding member”.

“At this time, we are focused on rolling out eBay’s managed payments experience for our customers,” a statement said.

On the other hand, Visa and Stripe said they’d keep an eye on the project as it moved on, albeit from the sidelines. “Libra has this potential. We will follow its progress closely and remain open to working with the Libra Association at a later stage,” a Stripe spokesperson said.

A spokesperson for Visa said: “We will continue to evaluate and our ultimate decision will be determined by a number of factors, including the Association’s ability to fully satisfy all requisite regulatory expectations.”

The Libra Association said of the departing companies: “We appreciate their support for the goals and mission of the Libra project. “Although the makeup of the Association members may grow and change over time, the design principle of Libra’s governance and technology, along with the open nature of this project ensures the Libra payment network will remain resilient.

Libra is Facebook’s cryptocurrency project that’s currently in its early stages and is not expected to arrive in any form before next year. The whitepaper (a document outlining the project) was slammed by blockchain enthusiasts everywhere, for lacking the basics of what makes cryptocurrency – cryptocurrency: things like immutability and decentralisation.

Before these four, PayPal has also announced its withdrawal from the project.