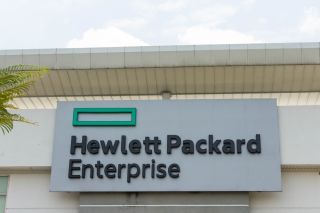 UK-based Micro Focus International has announced its plan to purchase Hewlett Packard Enterprise's (HPE) non-core software assets for $8.8 billion, which will make the deal one of the largest takeovers by a British company in recent years.

Micro Focus sees the deal as a rare opportunity that will allow the company to quickly and efficiently increase the scale of its operations. The company's shares surged by 21 per cent following the announcement and it is expected to have annual revenues of around $4.5 billion once the deal is completed.

Kevin Loosemore, the executive chairman of Micro Focus, offered further insight into the ways in which the deal will help it become one of the largest software companies in the industry: “The merger will create one of the world's largest infrastructure software companies with leading positions across a number of key products. It represents a compelling opportunity to create significant value for both companies' shareholders.”

“The combination will give customers more choice as the seek to maximise the value of existing IT assets, leveraging their business logic and data along with next-generation technologies to innovate in new ways with the lowest possible risk.”

According to the terms of the deal, Micro Focus will pay $2.5 billion in cash to HPE. HPE shareholders however will still retain 50.1 per cent of the combined company that will operate using the name Micro Focus and be run by its executives. HP will also pay $700 million as a result of costs which cover the separation of assets.

HPE's chief executive, Meg Whitman was also pleased with the terms of the deal and explained how it will benefit both companies: “With today's announcement we are taking another important step in achieving the vision of creating a faster-growing, higher-margin, stronger cash-flow company well positioned for our customers and for the future.”

“We believe the software assets that will be a part of this combination will bring better value to both our customers and shareholders as part of a more focused software company committed to developing these businesses on a standalone basis.”