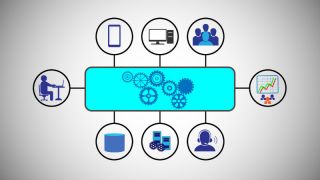 Microservices have grown from a ‘fad’ into a ‘clear trend in software development’, according to new research.

A report by O’Reilly Media based on a poll of 800 IT professionals, found half of them uses microservices in 50 per cent of their work. More than four in five (86 per cent) said they were at least partially successful, while more than 15 per cent claimed microservices have been a ‘massive success’.

‘Microservices continue to show strong popularity’ said Neal Ford, Software Architect and Meme Wrangler at ThoughtWorks. ‘For the past five years or so, companies have been experimenting with microservices, with some sceptical of the operational complexity they needed. However, it seems that many have succeeded, establishing the engineering maturity required to thrive.’

‘Companies are enjoying the extreme scalability, speed of release and ease of iteration offered by microservices. However, there’s no such thing as a perfect architecture. Microservices still struggle to accommodate applications that deal with long-running transactions, limiting their appeal in industries like financial services. Yet, you can’t deny the enthusiasm microservices are creating among software architects, nor their impressive success rate.’

Microservices is a software development technique, where an application is created by combining numerous smaller services. The report says this technique has emerged as popular and highly effective development style among software architects. It also says it helps reduce lead time and achieve faster deployment.