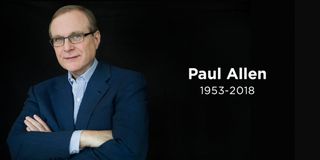 Microsoft’s co-founder, Paul Allen, the man who made his friend Bill Gates quit Harvard and kick-start one of the world’s greatest software companies, has died on Monday, aged 65.

The news was confirmed by his family, who said that Allen died in Seattle following complications caused by the non-Hodgkin lymphoma.

Earlier this month, Allen revealed that he had been fighting cancer since 2009. In the 80s, before quitting Microsoft, he was diagnosed with the Hodgkin lymphoma, a different type of cancer.

Allen left Microsoft in 1983 before it became a giant corporation following a disagreement with Gates. However thanks to holding on to his original shares, he earned a fortune, spending it on yachts, art, rock music, sport clubs, brain research and real estate. Despite the row which saw Allen quit the CEO position, him and Gates eventually made peace, calling each other ‘friends’ on multiple occasions.

He owned the NBA team Portland Trail Blazers, as well as the NFL team Seattle Seahawks.

Allen’s sister, Jody, said he was “a remarkable individual on every level.”

“While most knew Paul Allen as a technologist and philanthropist, for us he was a much-loved brother and uncle, and an exceptional friend. Paul’s family and friends were blessed to experience his wit, warmth, his generosity and deep concern,” she said in a statement. “For all the demands on his schedule, there was always time for family and friends. At this time of loss and grief for us – and so many others – we are profoundly grateful for the care and concern he demonstrated every day.”

It is with deep sadness that we announce the death of @PaulGAllen, our founder and noted technologist, philanthropist, community builder, conservationist, musician and supporter of the arts. All of us who worked with Paul feel an inexpressible loss today. https://t.co/OMLZ7ivvSD pic.twitter.com/Bfa8kK6Q8eOctober 15, 2018