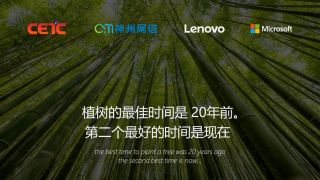 Microsoft has revealed a new version of its Windows 10 software designed exclusively for the Chinese government and state-owned entities.

Windows 10 China Government Edition brings a number of changes to Microsoft's software as it looks to provide extra security into the world's largest PC market.

Based on Windows 10 Enterprise Edition, the new software will also allow better management of all updates, as well as letting the Chinese government to use its own encryption algorithms within its computer systems.

However it also removes several central features from the software, such as OneDrive, which are apparently not needed by government employees.

Microsoft is now carrying out a pilot of Windows 10 China Government Edition with several major organisations in the country, including China Customs and the City of Shanghai (EITC).

Later this year, Microsoft will partner with Lenovo to pre-install the new software on the latter's new devices.

"For more than two decades, Microsoft has had the distinct honor to work in China, learning and advancing technology together," Microsoft SVP Terry Myerson wrote in a blog post announcing the news.